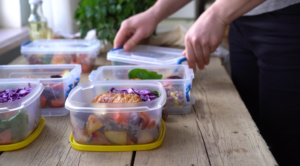 ​Living in the NW has its perks, but unfortunately comes with drawbacks as well. One of the major negatives is that between late fall and early spring the sun rises late and sets early. This means we have shorter days than many of the other states in the US. With that challenge in mind, we’ve created a list of ideas that should help you be more efficient when dealing with the dark.

1) Procrastination – This is something that everyone talks about, and something that effects most people in their daily lives. Preventing procrastination when we have so little daylight available is key. Putting off walking the dog until later, or cleaning that grill in a couple hours, means doing whatever activity you have in mind in the dark and the cold. One thing that helps to combat this is to make a list of daily and occasional chores, and prioritize the ones that benefit most from light and warmth. This has the added bonus of making you feel more productive as well.

2) Break it Down – Sometimes projects are just too big to accomplish all at once, especially with limited daylight. Instead of focusing on trying to get everything done on your days off, try breaking your big projects down into several small ones. This will ensure you have energy every step of the way, and will make you feel more successful. For instance, instead of just “organize the garage”, maybe try “organize tools”, “re-arrange shelves”, “sweep garage floor”. You can do this with most tasks and this will definitely improve your odds of getting things done on a regular basis.

3) Meal Prep – It’s something that requires our daily attention and often is a real point of frustration for people, what to eat for dinner. After work we’re tired, and the last thing we want to do is hop in the kitchen and try to figure out what’s on the menu. Meal prepping takes care of this confusion, and will significantly increase the odds of you cooking at home instead of eating out. There are literally thousands of suggestions online for dishes to try, but I usually try to keep it general and just do a protein like shredded chicken, pulled pork, or a roast. That way you can use the same protein for different meals and mix it up!

4) Look for Specific Activities – As I’m sure you’re aware, there are some things that just really need to be done during daylight hours. Whether that’s gardening, working on the outside of your house, or playing a sport to get some extra activity in your day, certain things just require adequate lighting. Instead of trying to squeeze those things in right after work, try to take care of them on weekends instead. Spend your time on weekdays during the dusk hours doing things that require little to no natural light, that way you won’t feel rushed or run out of time.

While it sure would be nice to have more hours in the day to work with, unless we move to a different planet that probably isn’t going to happen any time soon. So lets do our best with what we’re given, and try not to let the dark hours get us down!

Posted in HOW TO